“…a desperado is better at comedy than an eccentric, you walk out the door, there’s a car waiting.”  Bernadette Mayer

“the car had an open top that he never looked out of as he drove straight ahead.  An iron mushroom.”  Clark Coolidge 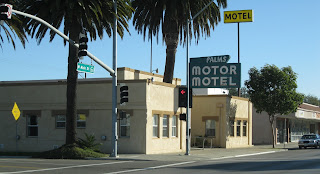 Throughout this 2015 northern hemisphere summer I had the opportunity, and the time, to read freely. I hit it hard. The continuum was beautiful, “discovery” (like the two writers above) or “re-acquaintance” (Zora Neale Hurston or Aleksandr Solzhenitsyn) two after two, three after three, and the next leading to the next, and the next, a profusion, an explosion, exponential growth.  (I think I know what exponential growth is:  kind of like my Facebook “People You May Know” list after Friend requests get confirmed.)

Here’s a mash-up of some of the authors’ names and/or titles of written works (and maybe a quick comment):

(BTW A Country Doctor is a “must read” IMHO.  From Wikipedia:  "Psychologists at the University of California, Santa Barbara and the University of British Columbia published a report in 2009 using A Country Doctor as the variable in a study testing what impact reading absurdist tales has on their cognitive skills. The study showed that reading the story improved test subjects' ability to find patterns. Their findings summarized that when people have to work to find consistency and meaning in a fragmented story, it increases “the cognitive mechanisms responsible for implicitly learning statistical regularities.”)

And finally, a line from Drop Dead Perfect, a cop and crime thriller by Rick Murcer, which I read in one evening after getting home from a long drive in heavy traffic—it was the perfect escape, and I couldn’t stop until I reached the conclusion.

“He was on top of the heap when it came to being an asshole sometimes, but he did all the hard things right.”