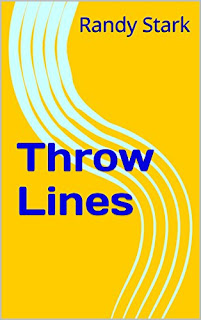 By now my latest ebook, Throw Lines, should be available on Amazon for the amazingly low price of just 99 cents.

This is my 11th book. Not bad for someone who, in his 7th  book declared dramatically and unequivocally that it was to be his final book, that he was done for good being a writer, finished, no más. (I think you can “Look Inside” and read it for yourself right here.)

Of course in the world of ebooks, edits, emendations and changes can be made instantly, and I could easily delete the syrupy goodbye I had written a year and four books ago. But why be sneaky and inauthentic? The reasons for saying what I did were valid to me at the time (and probably still are today) yet for some reason I just keep writing.

Publishing this latest book was, as usual, full of challenges, right up to the final click on publish.  Just yesterday I was selecting quotations for the epigram, rearranging chapters, and making format corrections.

With the new book requiring most of my attention, this here Stark Impressions blog has seen a lot of grandfathered material being posted, mostly because I want to keep the Thursday/Saturday publishing schedule going, but also because it provides a look behind the scenes that sometimes I’m not even sure if I saw the first time. It’s kind of like travel, there is an eager anticipation and preparation, but the work itself is often pleasurably difficult and not truly appreciated until afterward.  Nevertheless, I’m looking forward to fresh new material appearing once again, probably by mid-August.

During the workweek I caution myself not to get too blitzed at the end of the day because early the next morning every morning I have to fill all bird feeders, even the nyjer and the green tray and the peanuts, the water pavilion plus the three nectar dispensers, that’s 12 feeding stations in all. Fuck. Not to mention the yard work pulling weeds and clipping branches and picking fruit and watering front and back and side, all this before sunrise and the triple digit Fahrenheit temperatures. Plus the earth quakes from time to time. Power goes out. How am I supposed to get any writing done lurching about like this?

Truthfully, the environment and the physical work help with writing. The birdsong can be all encompassing, and I listen to it more than I listen to talk radio and classical music combined (and if you know me you know how much I like talk radio and classical music.) The gardening helps produce and maintain peppers, grapes, tomatoes, grapefruit, pomegranates, peaches. Watering and weeding is not unlike writing and editing. Besides being confronted with the reality of another day, another beat down of the sun.

A few musings about my current reading:

The Harlem Renaissance is one of my favorite periods in USA history. I can’t read enough about it, and especially memoirs, what the scene was like, the people, the artists and performers.   This article from 1927, The Caucasian Storms Harlem, by Rudolph Fisher, is such a delight because it describes the scene at a particular time but with a whole different, satirical purpose in mind. “Ribald” is one commentator’s description.

Then I went and I reread Grendel by John Gardner (he writes good scenes of violence, the ogre destroying in one instance a goat, in another a bear, before being destroyed himself by Beowulf and then committing suicide).

The legend took me back to my legendary (in my memory) Comp Lit days at USC, as did Aeschylus (Agamemnon) when I got on a play reading kick that included Tennessee Williams (The Lady of Larkspur Lotion) and Jennifer Haley (Neighborhood 3: Requisition of Doom). In this time of Pokemon Go, Nabe 3 is so relevant it’s ridiculous.

Plus I am forever being schooled on the internet, being caused to think about new forms and styles. I’m a big believer in being aware of what and who is around you. And then to refrain from imitation.

I think Hannah Weiner’s poetry needs to be seen in a bigger context than this space can provide, she’s a world of her own, and the link above is the connection you want.

But I am closing this post with a couple of short poems by William Bronk:

She wants me to say something pretty to her because
we both know the unabettable
bleak of the world. Make believe, she says,
what harm? It may be so. I can’t. I don’t.

There’s a dead dog at Barber’s Bridge
tied to a tree and two ugly stories why.
Make your own choice; either could be.
Hearing, seeing, I believe both of them.


www.randystark.com
Posted by Randy Stark at 4:30 AM No comments:

A Rose Among Carrots

The origin of the title of this post will be discovered below.

I’ve been sedulously at a new book, which I hope to have out in a couple of weeks. The working title is Throw Lines.  I’m being reminded of what an arduous, pitiless process is the editing, at times oblique and haphazard, at times serendipitous, subliminally methodical, and often a grind. 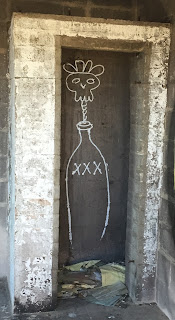 My m.o. is blunt. I collect a bunch of blog posts for the first draft of the book. Then, I take that first draft and begin to edit. The first cut is the easiest. Trimming fat.  Like being at a butcher shop. After the first cut, which is sentimental and panoramic, subsequent cuts will be targeted and increasingly merciless.

Every day at work is not a great day. Over the years I’ve learned not to curl up in a ball with anxiety when things aren’t going well and I realize my life has been a failure. I take it in stride now. And I’ve developed a capacity to fearlessly unlove certain favorite sequences, or poems, or lines, or words.

And while working on the book I’m still creating sequences, too, and wondering whether to submit any to literary magazines, two or three of which I could shoot stuff off to right now. But because the format I use is not instantly classified or compartmentalized: I feel like I’d have to explain things, and if you have to explain it, well...So I may just use them in more blog posts, thus maintaining control of my own destiny.

I’ll wipe the blood off and post some outtakes from the abattoir in days to come.

And during that process, there are some otherwise splendid titles that lose their content to the red pencil and the delete button. Here are some of them.

Always needing to keep current on street cred as an English littérateur, I needed to read Anthony Trollope.  I have smart friends with college degrees who’ve not this popular Victorian novelist read, but I recently received encouragement and so went to Barchester Towers. 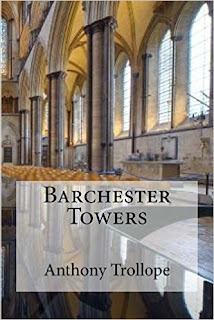 Trollope is a satirist, a genial story teller and a bit of a farceur in describing the countryside folk, clerical, insulated, time-stifled.  Somebody on Facebook recently described it perfectly I wished I’d saved that, something about the Trollope’s dark hideous characters made to seem amusing and befuddled.

So here are Kindle Klips of some of my favorite parts of the novel:

This was about an elderly church official nearing the end of his life:  “A month since, the physicians had named four weeks as the outside period during which breath could be supported within the body of the dying man. At the end of the month the physicians wondered, and named another fortnight. The old man lived on wine alone, but at the end of the fortnight he still lived.”

My ears perked up at this bit of dialogue:  "Well, my love; ha—hum—he!"

A nice description of party arrivals:  “And then the guests came in shoals...”

This is an astonishing description of a man and the woman he was smitten with:  “Mr. Slope was big, awkward, cumbrous, and, having his heart in his pursuit, was ill at ease. The lady was fair, as we have said, and delicate; everything about her was fine and refined; her hand in his looked like a rose lying among carrots, and when he kissed it, he looked as a cow might do on finding such a flower among her food.” [The bolding is me.]

And finally a little more about the woman: “She was all in her glory, and looked so pathetically happy, so full of affliction and grace, was so beautiful, so pitiable, and so charming that it was almost impossible not to be glad she was there.”  (Dostoevsky can reach these heights, too!)

Well, my break is over. Back to work.

“He’s the man who keeps me in a beautiful decked out condo, nice sporty whip, fabulous clothes, and any other thing my heart desired. I was his little secret, and I didn’t give a damn as long as he kept me living the life of luxury.”

(from Who Said Love Ain't Always Complicated?: Not Your Ordinary Hood Love Story by Nichole DeCari and Jasmine Williams)

In my head she is talking about me. 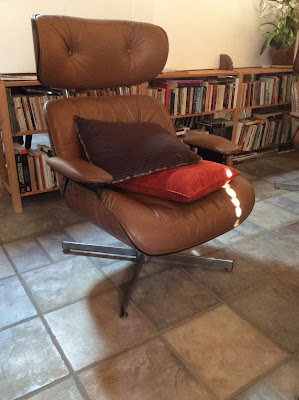 JOWLY PILLOWS SLUMPED IN A CHAIR

And here’s a Barnett Newman installation 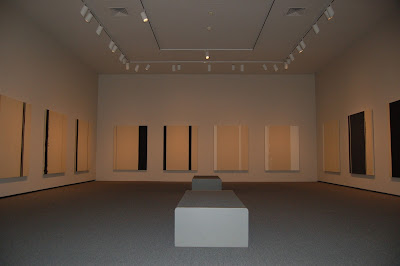 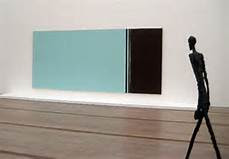 A trio of thoughts: 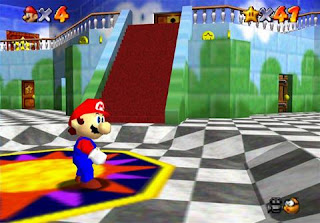 The Nintendo 64 remains one of the most recognized video game systems in history and its games still have impact on the games industry. Designed in tandem with the controller, Super Mario 64 and The Legend of Zelda: Ocarina of Time are widely considered by critics and the public to be some of the greatest and most influential games of all time.