It was so funny.

AND I KNOW CUBBY

I mean they are.

A little.
But no.

So I think one of the things.

I don’t even know.

YEAH SO I MEAN

AND I TOLD HER I SAID

You’ve got to realize.

And then all of a sudden.

I JUST SAY THAT BECAUSE

OH  YEAH ABOUT YEAH SO

WHICH WAIT OK
It gets crazier.

He kind of fucking burned his own bridges.

COME TO FIND OUT

There are two new Ruhis.

The guy has yeah.

And I mean look.

Just the fact that it’s probably.

BUT I THINK THAT

In an effort to whatever.

Hot Right Into the Weekend 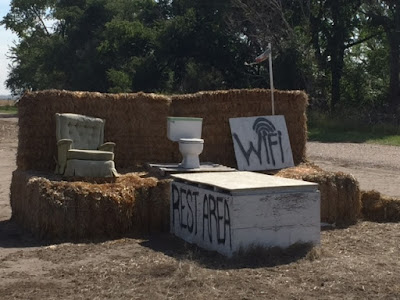 
From a distance, the houses built into the side of the mountain looked like a community of bento boxes and apothecary jars. I have been living out of a suitcase for the past few weeks, and keeping the Thursday/Saturday schedule has been a challenge, but so far I’ve been up to it.


So after watching a tribute to Juan Gabriel on t.v. and reading the semi-annual report of one of the investment products in my portfolio, I spent much of the remainder of the morning at a café attempting to develop a new aesthetic.


The job is like a volunteer vacation, except I’m getting paid. I miss my desert abode, but the beach is cool. And it dawns on me (dawn: opening shot in a movie, first notes in a score, when the curtain rises in a play, first line in a poem, opening sentence in a novel) that I tilt toward what in this cultural meme is called Language Poetry. An affinity is what I have. In Tokyo I was developing this style, studying poets and artists and filmmakers and the choreographers (Balanchine:  “There are no new steps only new combinations.”) all to the background of Japanese language.


I’ve had to postpone for several weeks the opening of my one man show, where I will I play all four roles in Edward Albee’s “Who’s Afraid of Virginia Woolf,” modeling my performance on the over the top work of Elizabeth Taylor, Richard Burton, Sandy Dennis (ah, Sandy Dennis) and George Segal. This for sure tour de force will be rescheduled for late winter or early spring of next year. The postponement is out of respect for Mr. Albee who died recently.


STOP ME IF YOU’VE HEARD THIS BEFORE


There is so much good writing out there in the world. So much from all over. The internet is huge in making it available. Huge. Good poetry showing up in my feeds, emails, and just from surfing. From India, Mexico, France, Nigeria, translated into English, though most of what I’ve been reading online recently is English/American.


Alexis Fancher: She is a poet of acclaim (frequent publishing, Best American Poetry series, etc.) and a photographer who chronicles the downtown scene of the most interesting city in the world, Los Angeles. DTLA is how she acronyms it, and I re-live vicariously through her images my old neighborhood. When I was a student at USC at would get tired of the campus huff and fluff, I would go to downtown LA and lose myself in its myriad ways. Ms. Fancher’s photographs remind me of those fine hours.


Neil Novello: A video artist working in several genres—journalism, arts, documentary, etc—and has also risked his professional reputation by making videos interpreting my work—and he is currently on a speaking tour in the U.S.


Sequences and observations, episodic threads of vocalized pauses, aural punctuation and verbal fillers that accessorize discourse in public spaces and common places (such as offices, snack bars, waiting rooms, etc.) written in poetic form (although maybe not poetry in the usual sense of the word).

Kenner in The Pound Era distinguishes three “principles” that arise here and in Pound’s other workings from that time.  These are worth setting down here, as a way to get us started: 1. the vers-libre principle, that the single line is the unit of composition [this has the vaguest connection to classical Chinese but is crucial to how Pound sets out in his “translations”]; 2. the Imagist principle, that a poem may build its effects out of things it sets before the mind’s eye by naming them; 3. the lyrical principle, that words or names, being ordered in time, are bound together and recalled into each other’s presence by recurrent sounds.  [These last two show a connection to aspects of Chinese poetry that Pound may have sensed through Fenollosa/Mori and that Yip articulates more clearly over a half-century later.]

Moving away from translation and appropriation as such, Pound’s work in Cathay shows a way of making poetry from lists of words – connected or not at their origin.  As a form of systemic or process poetry, this has been utilized by Jackson Mac Low in his Asymmetries and Light Poems, by David Antin in his Meditations, by me in The Lorca Variations, and by various other poets both in America and elsewhere.  This we might call, after Mac Low, the nuclei principle.


By these lines by Gunter Eich, from a poem about his simple possessions as a soldier or POW


The pencil’s the thing
I love the most:
By day it writes verses
I make up at night.
This is my notebook,
this my rain gear,
this is my towel,
this is my twine.


These appeared on the Facebook recently: three and four liners, quite fine, some longer ones. Highly recommended.


A villain is William Carlos Williams to verbosity.  Here is a tribute:

CAN WE DO IT WHEN WE GET OFF THE LIKE

Oh but he wants to uh.

HE WAS ASKED HEY WAIT A MINUTE

ARE YOU HERE FOR A WEEK

Or a month?
Or both?

AND THAT’S THE THING

I BOUGHT A LOTTERY TICKET

To eat it and get high.

IT WORKED ONCE BEFORE

BY LAW YOU NEED TO


BUT I TELL YOU WHAT

WELL I TOLD THEM

THEY ASKED ME THEY SAID UH

Oh well no, they wouldn’t say.

SHE GOT A JOB

BUT IT’S A MATTER OF

Why would she have a melt down?
Oh.
Oh.

PROBABLY BY THE TIME YOU ADD IT ALL UP

The last thing you need is.

Hang me basically completely out to dry.

THE REAL QUESTION IS YEAH

Why’d it take so long?

YOU DON’T HAVE TO KEEP REMINDING ME

I THOUGHT IT WAS THE LAW

It is the law.