Acting is Our Business Here 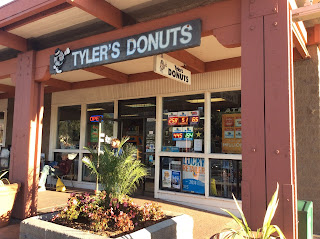 Even though February seems to be arriving early around these parts, and I’ve been slow out of the gate in my artsy endeavors for this year, my only regret in life remains not being born with a scholar’s mind—so things aren’t bad at all for me, not at all.

I tried to be an intellectual.  From my “unbaked and doughy youth” to the “sans everything” countdown I’m currently in, I’ve tried converting my common, country-fried mind into a cultivated scholar’s intelligence: I’ve attended college, I’ve read encyclopedically, until my eyes were raw as rain, books and posts and pdfs, but no dice.

Nevertheless, the visceral sensation derived from reading and listening to brilliant minds is fabulous and so I keep scrolling, keep searching, keep following threads. With the internet there’s no end to it, discovery is perpetual.

And it was through reading, probably an online magazine, maybe something that had Hymn to Life by Timothy Donnelly in it, or maybe a mention of this video by Sondra Perry, and there was maybe a mention, somebody might have recommended or referenced Karen Barad’s book Meeting the Universe Halfway.

In the intervening weeks since I first mentioned the UC Santa Cruz physics professor, her awesomeness numbers have gone off the chart in my head as I got more into her book, even given the (optimistically) five or six percent of her thinking/writing that I (luckily) do comprehend.

Her book is subtitled “quantum physics and the entanglement of matter and meaning.” There is a wealth of discussion of academic theories about the “nature of identity, being, meaning and causality.” She coaches me through terms like interference and diffraction, position momentum, waves and particles, indeterminacy not uncertainty, post-humanism. She combines intellectual brilliance and hard core academic writing with a teacher’s patience (compassion?) for the dense reader like me. And she goes far afield in bringing back elucidating evidence and backup to her arguments. Her erudition allows her readers to help themselves to a giant bag of eclectic corroboration, footnotes and appendices, including poetry.

She both led me to and was part of the immersion of words, a self-administered treatment that I use when my own “stuff” just ain’t coming. “We are part of the nature we seek to understand,” she writes, and as to demonstrate that I begin the immersion, the word spa as it were. Primary sources and spinoffs from her work include (but are not limited to): Niels Bohr, Alice Fulton (from whose poem comes the title of Barad’s book) and Richard Feynman and CaridadSouza and, of course, Michel Foucault.

So not only was I luxuriating in Barad’s book and the writings of some of her references, there were other sweet refreshing stars in the constellation, such as Habib Tengour, Inga Abele, and Joe Keppler, not to mention my fortuitous foray into the dramas of Shakespeare and Pirandello.

Luigi Pirandello won the Nobel Prize for literature in the 1930’s. I skipped around the room when I came across this line in his Six Characters in Search of an Author: “Acting is our business here. Truth up to a certain point, but no further.” That seems to capture the motivation of my writing: entertainment, delight, beauty, and truth up to a certain point.

Finally, and it’s funny to me, no matter the topic--philosophy, politics, art, sex, architecture, literature, physics--it seems like, somebody is citing Michel Foucault. And through it all, he is sighted at a donut shop, perhaps enjoying drip coffee and red velvet donut, perhaps thinking about a seminar he attended earlier in the day. (His essay on rose pruning techniques remains to be discovered.)

It’s hitting:  W.G.Sebold and Karen Barad; symphonies by Anton Bruckner (he might be God, I don’t know).

As long as I don’t have to face reality, I’m happy to be awake. There’s a Playboy After Dark vibe here in the crib. That's a Georgia O'Keeffe, by the way.

A million words for rain, not one for tomorrow. “The miracle of always” according to Lisel Mueller (although she was referring to something else). I resolved to change my name to Lucky.

You have the heart of a champion.

Honey, I’m from where do you think?