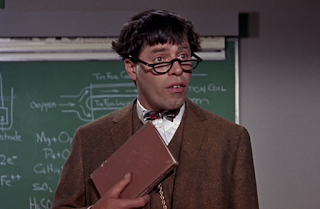 The 80/20 reading to writing ratio assails me like a geomagnetic storm, and there were four prose pieces I had to finish reading before I could start this post: stories by F.X. Toole, Jennifer Nansubuga Makumbi, and Monica Arac DeNyeko, plus an essay by Dubravka Ugrešić (translated from the Croatian by Ellen Elias-Bursac). One author from the USA, two from Uganda, and one from Croatia. The writing is excellent and goes from cynical to horrifying, heartbreaking to satirical.

1. A poem by Alejandra Piznarik:

Mama told us of a white forest in Russia: “… and we made little men out of snow and put hats we stole from great-grandfather on their heads … ”
I eyed her with distrust. What was snow? Why did they make little men? And above all, what’s a great-grandfather?

2. A poem by Jan Wagner (translated from German by David Keplinger) is dope. Click here.

3. CA Conrad is a crazy wild treat. Check out the blog.

4. Highlights from urban lit is a regular part of my shop talks, the uninhibited energy and linguistic mashups of the street coloratura that I love so much, and this knockout is from the recently released Ratchet Wives Club: Atlanta Edition (N'Dia  Rae).Here are a few choice bits:
5. By way of compare and contrast: here’s Willa Cather describing “one of those extravagant passions which a handsome country boy of twenty-one sometimes inspires in an angular, spectacled woman of thirty.” 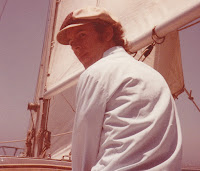 6. After reading a long poem by Walt Whitman (originally untitled, later known as “Song of Myself”) I explored the genealogy of the style I use, the seminal innovators of Language, minimalism, conceptualism, imagists, call it what you will. I’ve written elsewhere about working in the wilderness until I started to notice and clues and markers of others who had been here before me. It encouraged me, as I would hope mine would someday encourage others were the tables to be turned. And so for the record I’m just going to name some names: Craig Dworkin, Robert Grenier, Aram Saroyan, Clark Coolidge, Brian Joseph Davis, Monica De La Torre, Joseph Kosuth, Harryette Mullen, M. NourbeSe Philip, Ara Shirinyan, Jonas Mekas, Larry Eigner, Jeff Derksen, Bernadette Mayer, Charles Bernstein.

7. It was pure fortuity that a second exploration enhanced and expanded upon the first. I came upon a book, a collected poems, in Spanish, by the Mexican Efraín Huerta. My Spanish being poor, I read what I could as I paged through the volume when voila: the poemínimos. Late in Huerta’s career, he developed a new short form of poetry called poemínimo, which combined elements of aphorism, epigraph, and haiku with humor, irony and cynicism, culminating in a book 50 poemínimos (1978). Come to find out these poems belong to a Latin American tradition of short poems by writers including fellow Mexican poet José Juan Tablada, Un día (1919), the first collection of haiku published in the Americas; the cosmopolitan Ecuadoran poet Jorge Carrera Andrade’s Microgramas (1940); Ana Rosa Núñez, Cuban-American; and Flavio Herrera of Guatemala. There are more, you are invited to go deeper into short poems at the international level, including haiku and similar, short forms. Charles Trumbell has written extensively on this.

8. Unexpected business had me in Alhambra, California, and it turns out that the city is named after a book by Washington Irving, Tales of the Alhambra.  Based on his travels to the Moorish palace in Spain, Irving published his book in 1832 and revised and completed it in 1851. It is a beautifully written travelogue that gives a good description of Spain in the early and mid 19th century, as well as folklore from centuries prior.  The “Tales” and other writing by Irving that I discovered in the “complete works” gave me a new appreciation for a writer who’d I’d previously known only for “The Legend of Sleepy Hollow” and “Rip Van Winkle.”
On this site, a gallery of texts and images, comes a collection of dreams by Maureen Miller presented as emails, a hilarious and inspired commentary on our digitally interconnected, self-obsessed culture. Even the footnotes are LMFAO funny. (Reminds me of Rafael Pérez-Torres now at UCLA, but I studied with him at UC Santa Barbara. He loved footnotes.)

10. OK. Gotsta pay the rent, so here’s the link to my Randy Stark Amazon Author’s website, where you can find my most recent book. It’s only a buck!

Before I go, a tip o’ the sombrero to Jerry Lewis—he owned Labor Day weekend with his telethons.