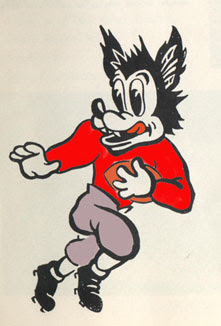 Because at one time in my life I collected movie soundtrack albums, I thoroughly enjoyed recently reading Gary Marmostein’s book, Hollywood Rhapsody: Movie Music and its Makers, 1900-1975, and getting some backstory about them and other aspects of music used in Hollywood. In the section about jazz and the movies he cites a book, West Coast Jazz: Modern Jazz in California 1945-1960 by Ted Gioia. So I jumped on it. I have an ok collection of LA jazz from that period, so I enjoyed learning more about what I have and what I’ve been missing. There’s a nice chapter about The Lighthouse in Hermosa Beach. Another about Art Pepper. And there’s plenty of new to me biographical information about artists like Hampton Hawes, Harold Land, Ornette Coleman, et. al.

The reason for the Sandy Dennis photo is when I was a sensitive, romantic, artistic teenager I had a huge crush on her, especially due to Up the Down Staircase. I owned the original soundtrack album, music by Fred Karlin, one of the movie music makers. And she was living with Gerry Mulligan, who earlier in his career was part of the LA jazz scene.

And still speaking of movies, I've got a part in a film that starts shooting next week. I've got to get my hair cut a la 1962 Idaho.

Posted by Randy Stark at 1:30 PM No comments:

Only a buck! Available on Amazon Kindle here 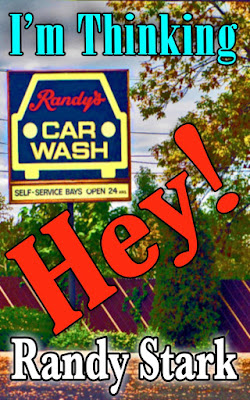 1.    As simple as possible, and then simpler.
2.    “In every case the effect must be vivid, instantaneous and unmistakable.”

The first rule has been my goal/guidance for many years. The spirit of the second rule has also been with me for years but I hadn’t the words until I found them in a book, Vaudeville, written in 1914 by Caroline Caffin (with artwork by Marius de Zayas). She is setting the parameters for a successful stage performance, but they are also essential to my art. 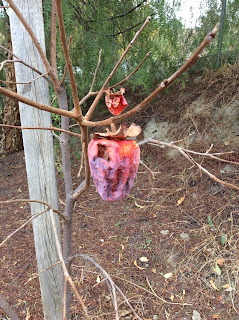 Posted by Randy Stark at 9:08 PM No comments:

After posting new material on my blog every Saturday for nearly 120 consecutive Saturdays, I’ve decided to quit before it becomes a habit. Not quit, really, just scale back. My original idea was that the blog would be a try-out space for my writing, the way a comedian might try out new material in a club, but the concept was seldom realized. Because my ebooks do my all my talking for me when it comes to art, I’m going to concentrate on book projects. I'll continue to blog, but randomly.

Information about my books can be found here.

Posted by Randy Stark at 2:46 PM No comments: