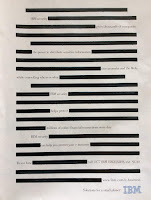 Posted by Randy Stark at 7:00 AM No comments:

And This Little Piggy 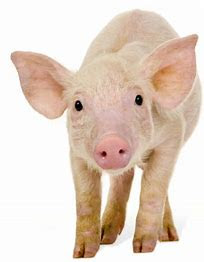 During the Presidents’ Week staycay, this little piggy, it’s fair to say, and sans modesty, went to market: writing on a baily dasis, and patting myself on the back over this blogpost title: Half of One, Six Dozen of the Other, a political commentary of sorts.

This little piggy early voted, and when I received today a letter from candidate Mike Bloomberg I was concerned that the C-note enclosed would have to be returned because I didn't vote for him. But no worries, there wasn't even a fiver, nothing, cheap bastard, so no harm no foul.

So yes, I early voted in my state’s Super Tuesday election. Bernie. Bernie.  I also voted for the incumbent congressperson because he’s a Democrat, and the incumbent state assemblyperson—although he is a Republican—because his first name is Randy.

Things are getting better and continue to evolve at Write Up The Road. Being a part of the collective is assisting me in keeping my head in the writing game.

And this little piggy has two more poetry books to recommend. I didn’t research either poet so I have no notion of their biographies beyond what is in the books. But I see somebody that looks like me in these poems. I can relate, I’ve been there. Yet at the same time the writing is such that I feel like I’m also seeing and experiencing the situation for the first time. To me that’s the entertaining heart of literature. I love to read as though I’m at a production, a show, like a movie, or an opera, it’s an event, produced by the writer’s magic, talent, technique, call it what you will. And even though there were officially no classes this week, this little piggy got taken to school, twice, learning some of how it’s done, and even more being shown that it can be.

Poems about various empires in various historical periods on various continents, and the residue of their dissolution, due often to war and its aftermath. An empire always striking back eventually implodes from exhaustion. That’s what’s being written about for the most part in this book. And written so well. At times Aeneid-like. It references many cultures, even mixes in some English translations of Romanian verse. Damn interesting.

And there are other themes, too. “A Visit from His Muse” about a quickie with a muse in a cheap motel. Another, “Showgirl,” a steely elegy for a person I had to Google.

“…know that few pass through here, that few
Stop in this high desert town by the border,
And that whatever you’ve come looking for
You probably won’t find.”


Unless its good poetry you be wanting.

This is a wild ride. Everything’s exaggerated. Like the title. Bombastic.

From “New Adventures in Sci-fi”

“No caps on our data plans, no gaps in our Medicaid
through the fevers of spring, through our seventeen

Months of summer, our seven throngs of fall
when the leaves change several times an hour

Until it snows those days we really need it to snow
so the sun can thaw the barrio dry, lay itself easy

As a leg draped across your legs on a porch swing.”

And then this one, a virtual job description/job interview for the position of poet titled  “What We Call a Mountain in the Valley, They Call a Hill on the Mountain.” The document starts by interrogating the basic premise of the poet’s (or any artist’s) motivation, why do this?

“Aren’t the rigors of traffic ample? Aren’t child-rearing
And the triumph of income over expenditure ambition
Enough?”

Later in the piece the prospective poet is being grilled about their precious conceit:

“And if we don’t comprehend it, do you believe someday we will?
That the poem will blossom before us some morning

And I liked the advice from another poem: “In a story about Paris, you shouldn’t mention Paris.”

So yeah, every work of art that I get off my ass to pay attention to, changes me. The better the work, the bigger the change. A painting, a video, a concert, a poem, whatever dazzles me, I’m not the same artist afterward. It ups my game. It challenges me to be as fine in my art and style as that artist is in theirs.

These composers’ musics were on during the week, my own private nation under a groove: Lois Vierk, Unsuk Chin, John Adams, Grant Green, Alexander Scriabin. 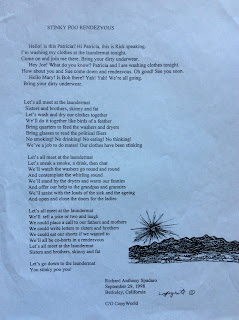 Posted by Randy Stark at 9:00 AM No comments:

The first day of the second month

It’s been more writing than reading or even listening to music the past week or so, and the cause is due to a specific event.

It’s not officially launched, but it is live, the reinvented Write Up The Road website. A more formal launch, and more detailed narrative of the project will follow, but for now you are welcome to watch work in progress.

Beginning late last year I’d experienced a surge of writing but didn’t know where to direct it, and then voila! out of the blue my steam punk gothic content colleague and her interplanetary sombrero wearing site runner IT husband graciously invited me to join their collective, which has caused me to amp up, ramp up, and start churning out the verbiage. 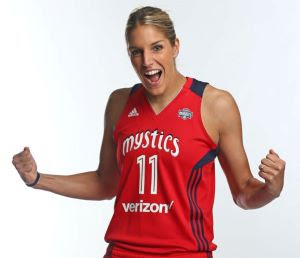 Today, a poem about Elena Delle Donne, who currently plays for the Washington Mystics of the WNBA, appears on my page.

It is a pastiche of Frank O’Hara’s poem Poem [Lana Turner has collapsed] updating the subject idol.

It was last year or the year before that I read The Aeneid by Virgil for the first time. I’m into my second reading now, appreciating things I missed the first time through. Robert Fitzgerald’s is the only translation I’ve read. “frightening the air with javelins” por ejemplo. Or that great scene in part three, Wandering, when Aeneas and crew head into the open sea per the divine prophecy and rounds the south eastern tip of Italy and makes his way towards Sicily. As gods are my witness, I was on that ship in utter amazement.

I’ve blogged elsewhere about writing away from home, and how “breakfast places” are some of my favorite satellite offices. Breakfast is as much a ritual as a meal for me, going back—well, going back a long time, and this morning was no exception. A favorite place of mine is J.R.’s Family Restaurant in Hemet. Today, true to the spirit of the establishment, there was a nice family in a booth near where I was sitting. Mom and young daughter on one side of the table, dad and older daughter on the other. The little one is getting Mickey Mouse pancakes. Dad was forceful and direct in his conversation. The older girl, preteen I’d guess, had that slow sweet syrupy voice that hasn’t matured yet, still dreamy and softly mewling. It was fun eavesdropping!