Drinking a smoothie, reading her device.
Stabs the straw right into her forehead.
Grimaces like a large metal wash basin.
It’s funny because like
Her livestream is so perfect.
I touched her, she felt like a screen.
Though I never forewarn a screen
That I’m going to touch it.
You can’t be too careful or correct.
Mere affection is so suspect these days.
“I’ll wrestle with you in strength of love.”
Made her laugh and bounce on the seat.
She’s thicc, but it’s all cloud storage.
Super self-aware, super cute and extra,
Smart, strong and bold.
Her legs a visionary pairing.
Her body a recharging station.
She influences me to hit Enter.
Wedge pillows and pillow rolls.
Dakimakura and bolsters.
The bed is a map of the Tokyo subway system.
We've got all-line passes.
Willing to shed tears on a first date.
Super huge fans of relentless.

(Quote from Antony and Cleopatra, by William Shakespeare)

© 2021 Randy Stark
Please visit my website at www.randystark.com.
My books are available on Amazon.
Posted by Randy Stark at 4:30 AM 2 comments:

A little while ago I thought it was Friday night.

Just now I thought it was Sunday night.

Two poems with longish titles — Write Up The Road Media

from a Los Angeles Times article about cruising in the San Fernando Valley.

Get the photo and zoom in. It's great. Such life! I emailed him a kudo.

If you’d be so kind.

She’s chubby but she works out.

I don’t want to say he got a girl pregnant,
But he did.

He’ll come right out and tell you
He played with dolls as a kid.
Imagine what his girlfriend’s Mom thought.

University professor,
Instagram fitness model.
One urge leading to the next.
Salary plus tenure equals merch.

THE JUDGEMENT OF PARIS

Walt won’t wait, where
We will.
© 2021 Randy Stark
Please visit my website at www.randystark.com.
My books are available on Amazon.

The following is not a set of steak knives. It is the Cadillac El Dorado.

The Adventure is Unstoppable

Yeah it’s crazy what’s going on out there:
Man gets 212 years
For driving off wharf,
Killing 2 autistic sons.
Shapeshifters seize pet adoption service.
NASA sends food truck to Mars.
And the next thing you know it’s
Roadmaps and blueprints,
Living trusts and limited offers,
Super modified NFTs,
Four minutes closer to eternity,
No time to lose,
The body and blood of Christ in bulk,
But its hard to find shoes.
Whatever the bishop says I’ll roll with it.
The resistance has never been more than
A charm of goldfinch using burner accounts,
A circus subsidized by the rich and privileged,
Humans ridden bareback,
Humans dancing,
Humans dressed like chimpanzees.
The adventure is unstoppable:
Surprise parties on yachts,
Walking on red carpets,
Our team, your success.
Everybody keeps telling me
You know who has a lot of size eleven shoes?
And they bring the showroom to you!
© 2021 Randy Stark
Please visit my website at www.randystark.com.
My books are available on Amazon. 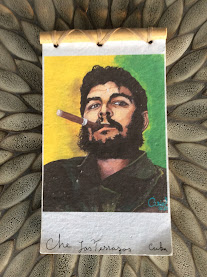 From Measure for Measure, by William Shakespeare

“If I must die, I will encounter darkness as a bride,
And hug it in mine arms.”

“’tis the cunning livery of hell.”

From The Man Who Was Thursday, by G.K. Chesterton

“ticked and terrified the nerves of a neurotic population.”
“ [a hornbill is] a huge yellow beak with a small bird tied on behind it.”

From Walk Through Walls, by Marina Abramović

“I was sitting around the fire with some tribeswomen when I noticed that they were talking in my head.”

From A Week with a Miami Don, by Zarkia

“The woman sized her with a stank look on her face.”
“Tell that bitch if she wanna thump, I’m with all that shit.”
“Her hand came up just as quick as she slapped the shit out of the woman before jumping on her and beating the dog shit out of her right in the lobby of Dunkin Donuts.”
“I treat all my bitches with respect and shit.”
“A nigga been through a lot yo, that’s why I am the way I am.”
“The sisters decided to get lost in a series on Netflix and accompany it with wings and wine.”
“I don’t get this shit.” Jovan expressed.

From The Afterlife of Stars, by Joseph Kertes

“And then she kissed me and left, pulling the warm air with her.”
“We left our bags and stepped into Hermina’s salon, which was like stepping into a French pastry, all billowy with creams and pallors, marzipan and peach.”
“...it rained tables and chairs...”
“Did music live in the mind of the Lord up until the day he wrapped feathers and wings around it?”

From “O Sea, That Knowest Thy Strength” by Effie Lee Newsome

"The thing in me that is the Sea,
Intangible, untamed,
Untamed and wild,
And wild and weird and strong!”

From “Ex(ile) by Desiree C. Bailey

Please visit my website at www.randystark.com.
My books are available on Amazon.
Posted by Randy Stark at 4:30 AM 2 comments: 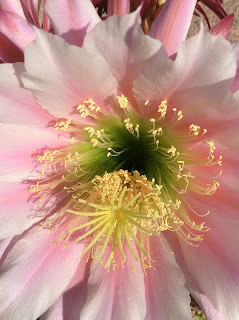 The WUTR Arena of Ideas

Where they remove your desire.
That Closed for the Season feeling
Year Round.
Or your money back.

I’m not saying tomorrow.
I’m saying directionwise.
And she says the same thing.

Half were given al pastor.
The other half chorizo.

This confers upon you the professional title of

And thus all rights associated with this title.

That’s the best hose.
I love that hose.
Have you used that hose?

He talking about he didn’t hear the noise.

How many pages constitutes an attempt?

They know the weather.

© 2021 Randy Stark
Please visit my website at www.randystark.com.
My books are available on Amazon.