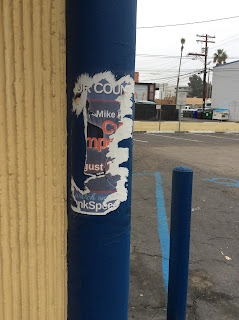 New and new to me, plenty of such moments occurred in 2021 and have been documented in previous installments of Choice Bits. Here are some of the Glengarry level bits I came across during the final month or so of last year:
Lorrie Moore

One of those writers I’d always heard about, but never read. Birds of America literally fell into my hands at a Little Library. A marvelous book of stories. As you can see from the photo, there could have been a ton; a single choice bit cannot do her justice, but I want to show something, so how about this:

“There is a pain in his eyes, something sad and unfocused that stabs at them—that fear of a misspent life, or an uncertainty as to where he’s left the keys.”
Ai Weiwei
“a withering of spiritual life and lost the ability to tell things as they truly occurred.”
“lost not only the will but the power to remember.”
Lawrence Weiner
“Where I’d like to be tomorrow is where I am now,”
Tower of Babel by Orlando Ricardo Menes - Poems | poets.org
“Confusion is sweetest chirimoya on a dry tongue.”
“Rain” by Srinivas Mandavilli – Rattle: Poetry
“…the river gravid with mud, branches and massive trunks…”
“Soto” by Gil Arzola – Rattle: Poetry
“It was 1965 and weeding was a job for Mexicans and hillbillies who arrived every morning in a discarded school bus that was too old for hauling the hopes of schoolchildren but capable enough to take us from field to endless field.”
Marie Watt’s Fabric Sculpture Evokes a Native American Ethos – ARTnews.com
“Watt also employs diversity and repetition in her choice of motifs, traversing time and culture, connecting disparate experiences. Blankets are the most important of these; she has worked with them for some twenty-five years, after earning her MFA in painting and printmaking at Yale University. (As a student she had used corn husks, which were ‘not met with much warmth or encouragement.’)”
Thomas Middleton
“Sparkling in beauty and destruction too,
Both at a twinkling…”
Seamus Heaney
“at a wet and dripping distance”
“…the whispering grass
Ran its fingers through our guessing silence”
Denise Lajimodiere, from Tawkwaymenahnah
“and soon the rock is singing/my grandmother’s songs”
Gold Fame Citrus, by Claire Vaye Watkins
The novel is about climate apocalypse in the desert. The choice bit is in the middle of the book, almost like an insert, a satirical eight pages of evolved life forms in the southern California, Great Basin, Vega, Mojave, Death Valley, etc. ambit presented as a bestiary, and titled: Neo-Fauna of the Amargosa Dune Sea: a primer.
In it are found drawings and verbal descriptions of such mutantly new life forms as: incandescent bats, jelly scorpions, the ouroboros rattler (locomotes with tail in mouth via axial revolution), the Lilliputian rattler (a Swiftian nod!), stilt walker tortoise. There are others. Made me reconsider the multiverse.
Frank Zappa, from Camarillo Brillo:
“She stripped away/Her rancid poncho/An' laid out naked by the door
We did it till we were un-concho/And it was useless anymore.”
Please visit my website at www.randystark.com.
My books are available on Amazon.
#randystarkpoet